Every Winter in New England I go outside onto my deck and look up. The stars are so bright this time of year. I see Orion’s Belt, the Little Dipper and as if on cue, I turn to my left and see the Big Dipper. In high school, I received an A+ in Astronomy (don’t fact check me!) as I was quite fascinated in what else was out there. I loved Star Trek, Star Wars, Close Encounters of the Third Kind… all of it. The course itself called for a lot of math and physics with discussions around clouds of dust and nebula and gravitational attraction, protostars, the Milky Way (such an awesome candy bar) and nuclear fusion and hydrogen and helium. Astronautical things. Rocket Science. I thought stars were so cool to look at (while actually superhot inside their core). They’re shiny and bright and they twinkle. They stay alive for hundreds of billions of years. But what I remember most through my studies was how I felt: incredibly indelibly irreversibly teensy-weensy; you know…small. There’s a whole lotta stuff up there and I’m just me. I’m just particles and atoms and molecules bouncing off each other, as it were.

Gazing up at the stars, I pondered things. I wondered, so what makes a rock star? An athletic star? A star CEO? A star politician? Particles and atoms and molecules yes, but what else is it? What astronomical reactions are at play? Some would say what makes the human kind of stars are charisma, talent, likability, accomplishments, notoriety, personality and such. The majority of the humans who come in contact with these “stars” agree they are indeed, stars. So therefore, we call them stars.

In the music biz sometimes we call each other “rock stars” I think to make us feel better about ourselves, to not feel so insignificantly small. But the truth of the matter is, everybody can’t be a star. There’s not enough room on the planet. Or is there? I think if you want to be a star, whatever your field, if you simply allow the things inside your soul (what is a soul made out of?) to come out freely and truly, to want to be somebody, to want to “matter,” you can become, the perfect human star, whether or not the majority of people in the universe agree with your own assessment.

I like stars. I used to want to be one (the Rock Star kind.) But now I’m happy with a nice warm meal once in a while, plenty of toilet paper and a couple gigs a month. You can go ahead and call me a Rock Star if you want though. 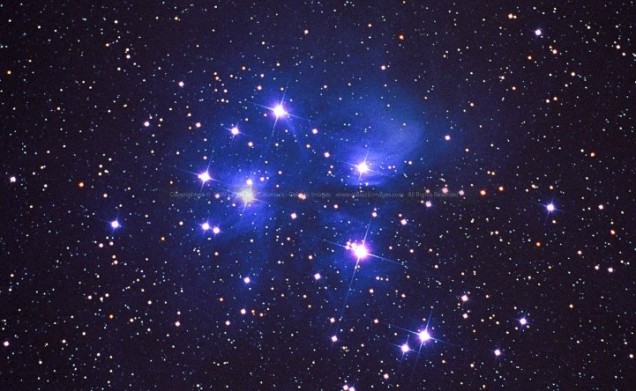 I haven’t lived an extraordinary life. I haven’t survived horrific abuse or imprisonment, haven’t fought for democracy in any foreign wars, and haven’t saved the life of anybody. I’ve never broken a bone. I’ve never been homeless, mentally unstable, starving or unemployed.

But the one thing that has plagued my existence, worse than all these calamities combined, is that I have always fervently believed I would make it in the music business, since I was eight years old.

It was a given, I thought. I could sing in front of a mirror with a hairbrush, on key, A Capella and everything. I wasn’t put on this earth to save the world. I was born to be a rock star. I was the real deal the world had been waiting for.

Because of my eventual awesomeness, I would have the fame, the fortune, the freedom from the day job, and all the freshest salads and pre-cut fruit I could handle. But most importantly, I would have someone to change my guitar strings. This dreadful and sometimes deadly activity should be reserved only for people like my Dad who build antique miniature wooden boats with tiny little sails and rigging with cleverly painted cursive names like Oh Suzanna. I can’t tell you how many times I’ve been whacked in the face with an errant high E string, or cut my fingers, or worse still – wrapped the tiny steal devils around the machine heads on the headstock the wrong way and had to start all over again.

Because I most certainly was destined to be a star, I also never learned how to change a flat tire, clean the floors, or get diesel stains out of workpants. Someone else would clearly be doing that stuff for me.

Things haven’t worked out, obviously. I wouldn’t have to write this monthly column and tell you about my monumental failure in judgment if they had. I would be saving the world instead, just like Bono and Springsteen.

After decades of trying, it finally became abundantly clear to me that I most certainly would never be “discovered.” I would never play the New Orleans Jazz & Heritage Festival, or Bonnaroo, or one of those fancy blues cruises. The epiphany happened one night in New York City, somewhere between SoHo and Little Italy.

My band and I had finally secured a gig in New York City at a prestigious club for original bands. My drummer and I arrived around twelve in the afternoon to check the place out. As expected, the stage was wicked small, the sound system was ancient, but the twelve dollar burgers were quite good. We headed back to our hotel and waited for the other guys. The guitar player picked us up and drove us in a harrowing cab-ride-like thrill adventure back to the club and we piled in. The place was jam-packed with young professional drunk New Yorkers. We were told to wait our turn (3 hours from our arrival time.) It was the dead of winter so we elected to wait inside, where there were five seats total. They were taken. So we waited our turn in the corner, with our coats and guitars and chords and water bottles. A lot of bars and restaurants in New York are longer than they are wide, so we were squeezed in behind some not-so-artfully placed poles, amid the hipsters, right by the bathroom. At 9:30 p.m., I used the last two squares of toilet paper in the one-stall unisex closet.

Tip: When doing a gig in New York City, you should always carry your own roll of toilet paper.

So I held the door open for the next customer and yelled, “There’s no more toilet paper!”

“Oh, I’ll survive,” the confident 20-something brunette simply stated. At 1 a.m. the toilet paper had still not been restocked. New Yorkers are incredibly innovative, super resilient, or just plain dirty.

So we waited our turn…waited, waited, waited. The band on stage, consisting of three females and three males (I think I have the gender right) wearing various expertly planned outfits of mismatched plaids and stripes, played an hour and a half over their half-hour time slot while the crowd screamed along to the songs.

We waited in the corner, with no toilet paper. Unforgettable tunes such as, “I Wanna Have a Three-Some,” and “I Want Your Boyfriend,” and the crowd favorite – “F U, F U,” rose to deafening decibels. They finally finished with a punk version of the Muppets’ “Rainbow Connection,” the bar emptied out, and we were on.

The drummer and I proceeded to hit up a few Irish pubs, drank, danced on bar tops, and put down, another $400.

So you see, it’s just not economically feasible, or hygienic, to EVER make it in the music business.

Besides, I don’t have the guts to say F U over the mic.